Find out more about your vehicle and if this newly expanded Takata airbag recall affects you by looking up your vehicle using it’s VIN number at Safecar.gov .

20% Discount on Gift Cards with Free Shipping. Available in $100, $75, and $50 denominations. Click the button below to order from my Square Marketplace.
Order Gift Cards Online

“Volkswagen’s fraudulent scheme was facilitated and aided and abetted by defendant Bosch, which created the software used in Volkswagen’s defeat device.”

*Removed Bosch Picture Hosted By and At Reuters at Their Request, Apparently They Don’t Like Anyone to Spread Their News even though the have a share button*

The lawsuit goes on to say that Bosch is liable for triple damages for the fraud caused to U.S. consumers under anti-racketeering laws.

The latest lawsuit says “as early as 2007, Bosch warned Volkswagen that using its software in vehicles that were driven on the road would constitute a criminal offence. Nevertheless, Bosch proceeded to sell or license 11 million of the component devices to Volkswagen over the next seven years.”
Read more at Reuters.

The diesel cars were programmed to sense when emissions were being tested and to turn on equipment that reduced emissions, according to United States officials. At other times, the cars had better fuel economy and performance, but produced as much as 40 times the allowed amount of nitrogen oxide, a pollutant that can contribute to respiratory problems including asthma, bronchitis and emphysema.

What cars are affected by this?

The cars are 2009 to 2015 TDI Volkswagen Golf, Jetta, Beetle and Audi A3s, and the 2014 to 2015 Passat. All are powered by the company’s 2.0-liter turbodiesel four-cylinder engines. There are other diesels engines in the greater VW stable, but those aren’t affected here as far as we know.

We are now located at 4770 W. Nevso Drive, Unit B-18, Las Vegas, NV 89103.
Click contact/map for directions and location. We are behind the Burger King at Flamingo and Decatur. I sincerely hope that this location is more convenient for all of our customers.

END_OF_DOCUMENT_TOKEN_TO_BE_REPLACED 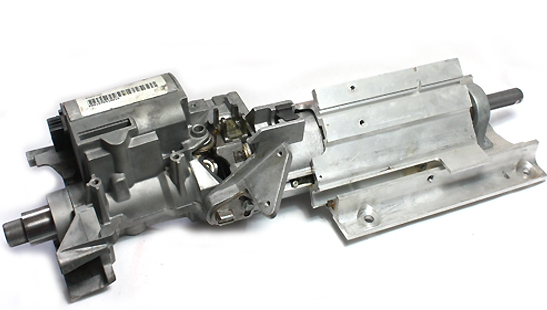 So if you own a Range Rover you hopefully have not experienced a common problem which requires the replacement of the entire steering column. The entire job take approximately three hours to complete, so labor expense is not a big deal, but parts can be quite costly. To make the situation even worse for some owners, the columns for older models are no longer being manufactured.

The problem: The steering wheel lock ECU has a physical locking bolt driven by a motor and cam assembly which over time becomes stuck and does not provide it’s position to the ECU. Since the Steering lock ECU does not know if it is locked or not (hazardous if locked and driving) then it does not command the ignition switch to unlock. The majority of the time, this scenario is caused by the lubrication drying out on the steering lock actuator.

The solution: 1) replace the steering column or 2) lubricate the actuator.

So if your steering column lock is slow to unlock, I would recommend bringing it in for lubrication BEFORE it fails completely because after it gets stuck simply lubricating it may not bring it back to life. Why do you need preventative lubrication, you might ask? Because they can cost over $5000 just for the part. So be aware and have an educated mechanic help you save money.  Come by or call The Las Vegas Car Fixer for more information. 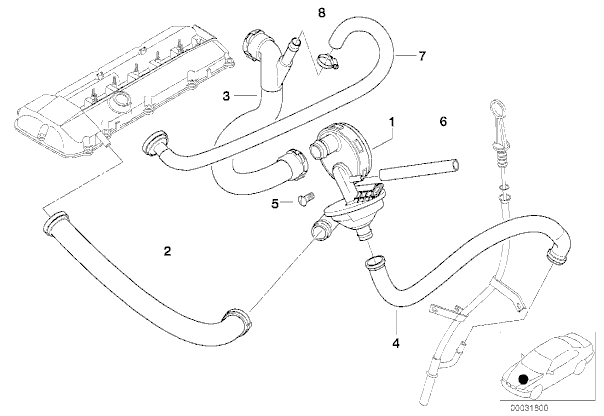 In the Las Vegas Valley we see a lot of lean codes causing check engine lights. What does this mean? Simply put it your vehicle is requiring more fuel from the fuel injectors than is normal. The why is a little more complicated. It can be from many reasons.

Fuel pressure could be low, requiring a fuel pump or fuel pressure regulator, or even a plugged fuel filter. More common in our hot climate is vacuum leaks. On the majority of cars we service here, there is a metering device for the air that enters into the engine, called an air flow meter. If any air enters the engine un-metered (through vacuum leaks) then this will cause more air than is needed to correctly combust the fuel that your vehicle is programmed to give. Thus the check engine light will illuminate.

There are many other failures that can cause these codes also: valve timing, oxygen sensors, catalytic converters, MAF Sensors, bad gas, etc. This is why getting it checked professionally will always be cheaper than guessing as to the problem. So don’t just get your car worked on, get it fixed. Call 702-608-4227.

BMW at the Consumer Electronics Show (CES) in Las Vegas 2014.

Information from editor: Enclosed you will find the complete press kit.

3.    Samsung Galaxy Gear with BMW i Remote App functions:Now customers can get connected with the innovative BMW i3 via a smartwatch on their wrist.